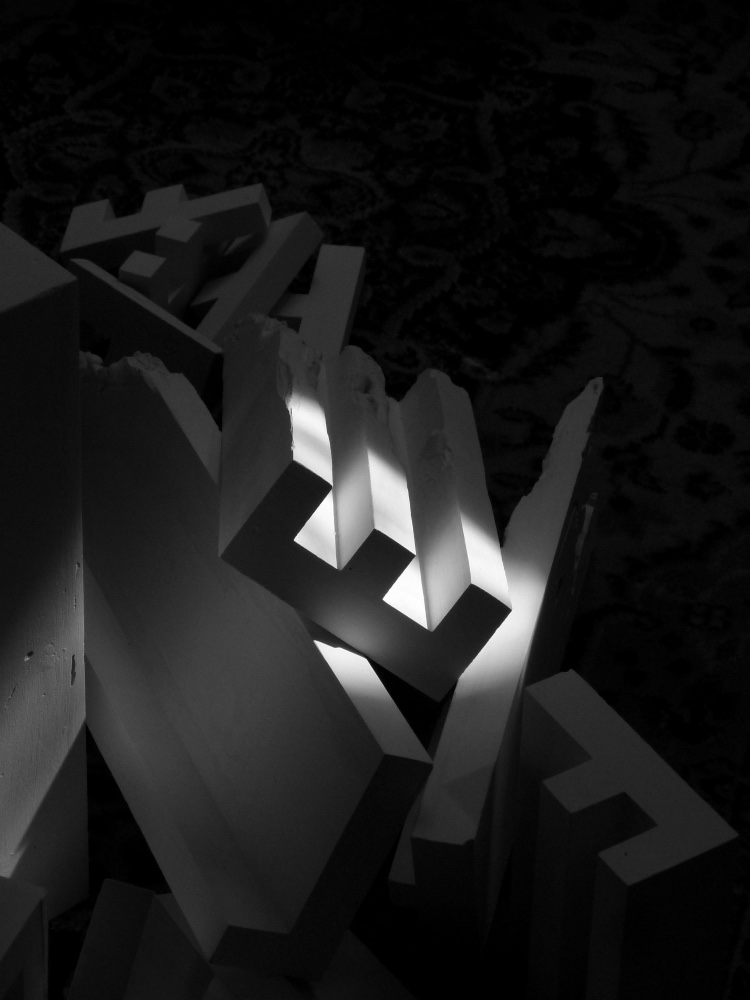 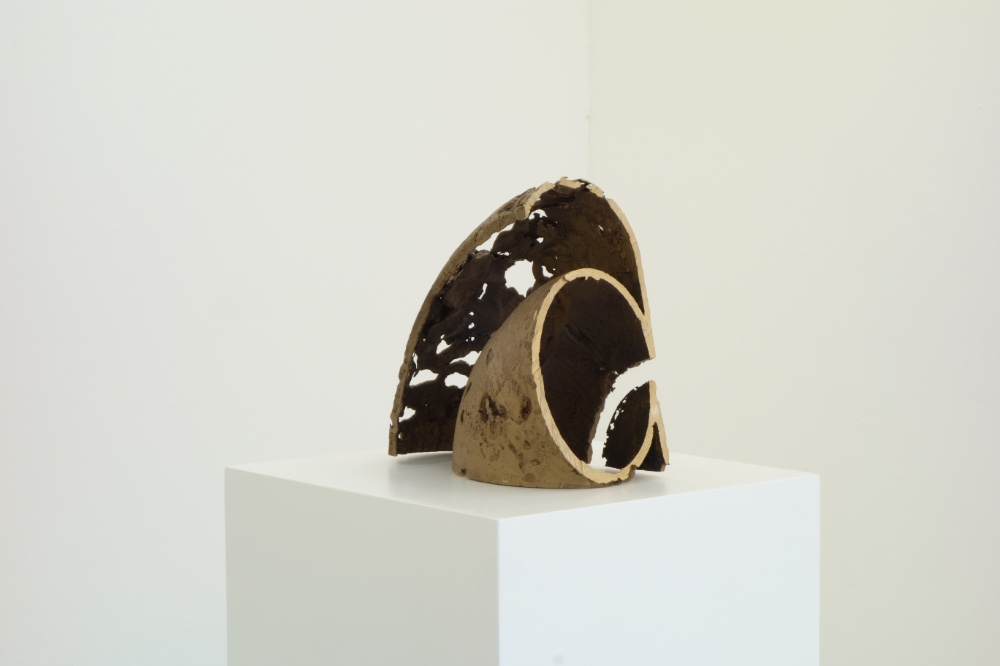 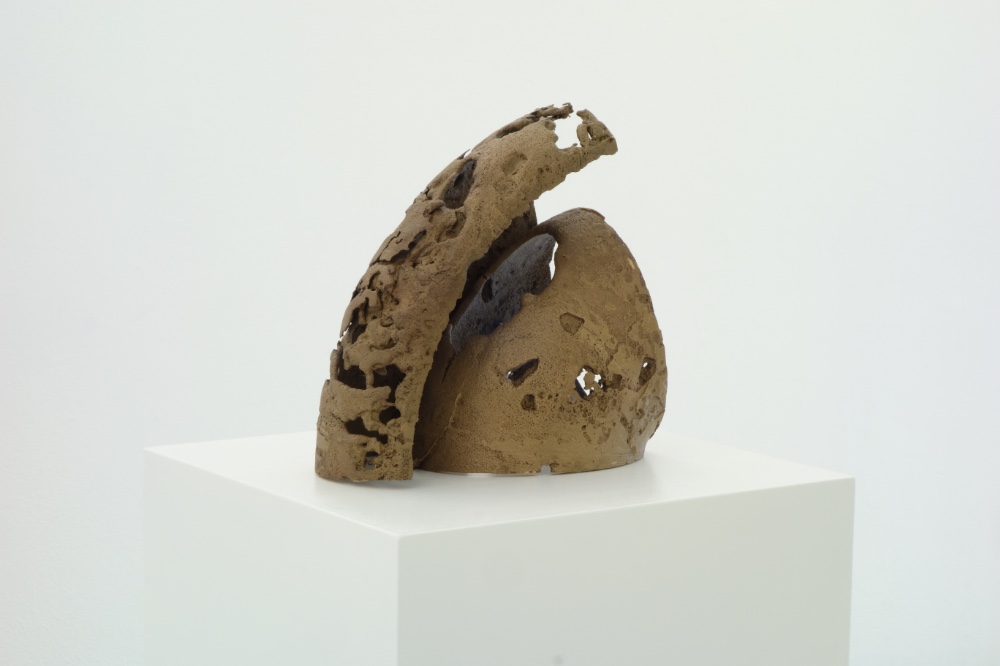 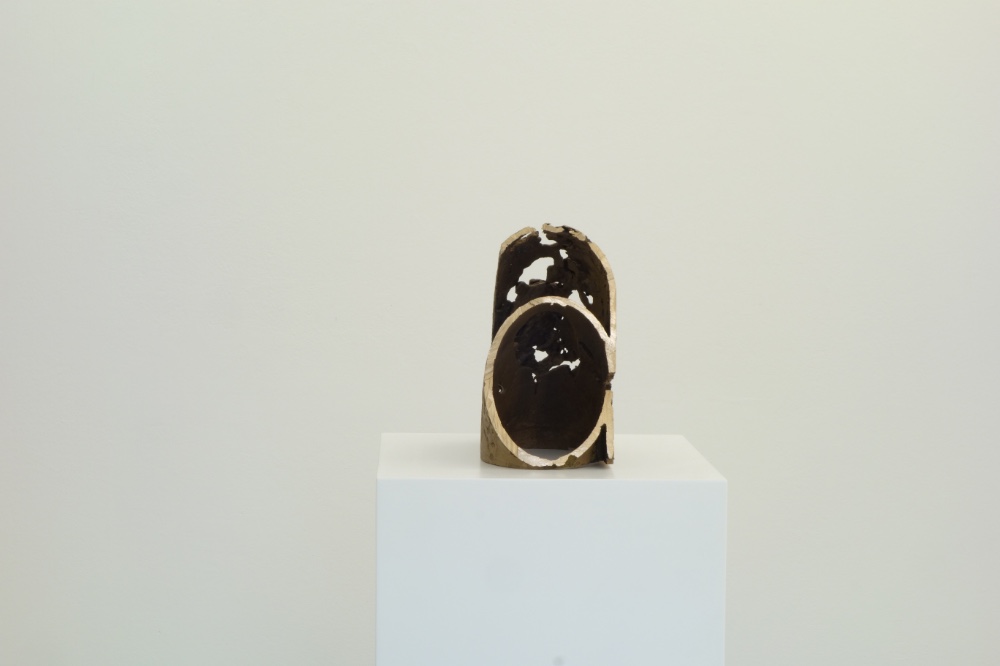 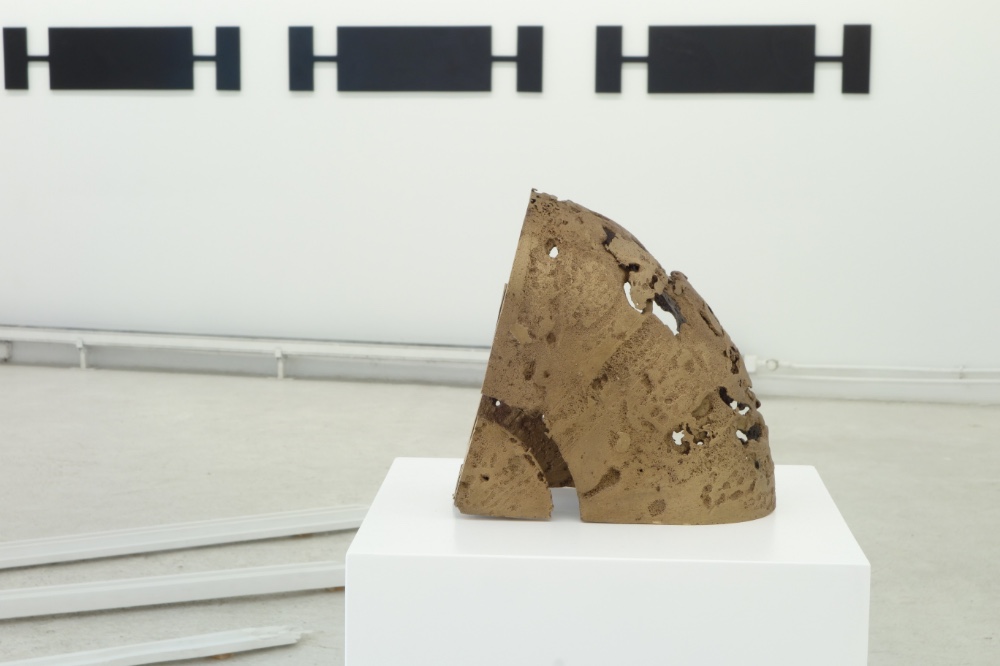 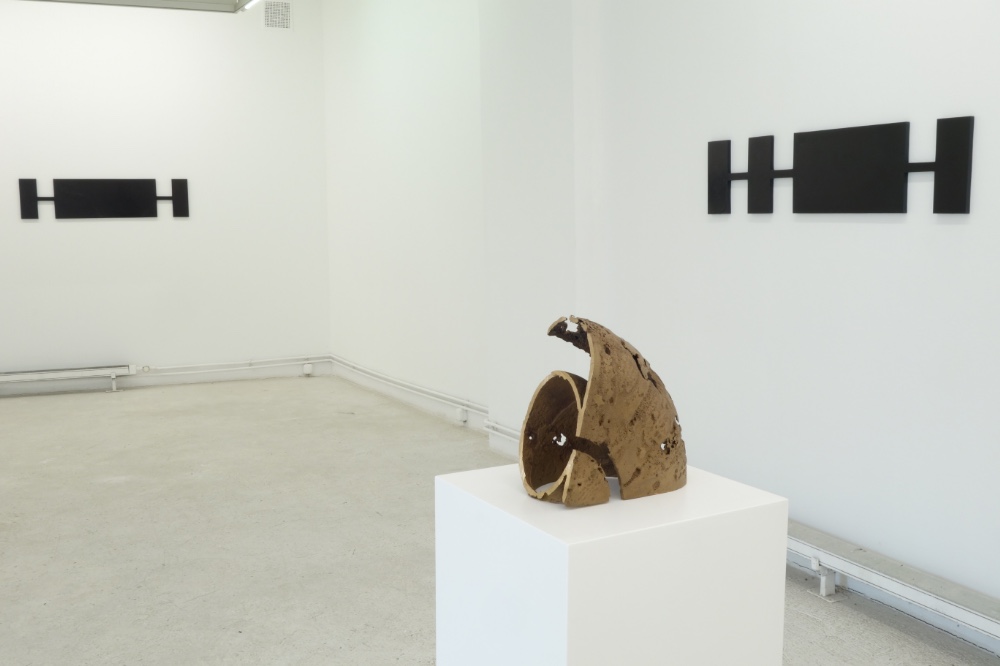 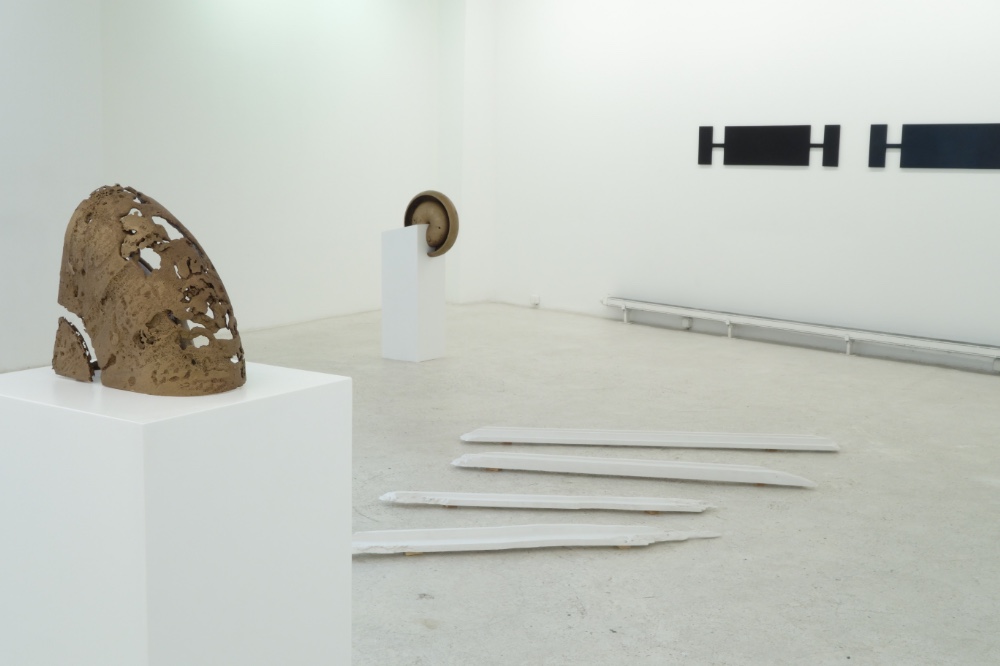 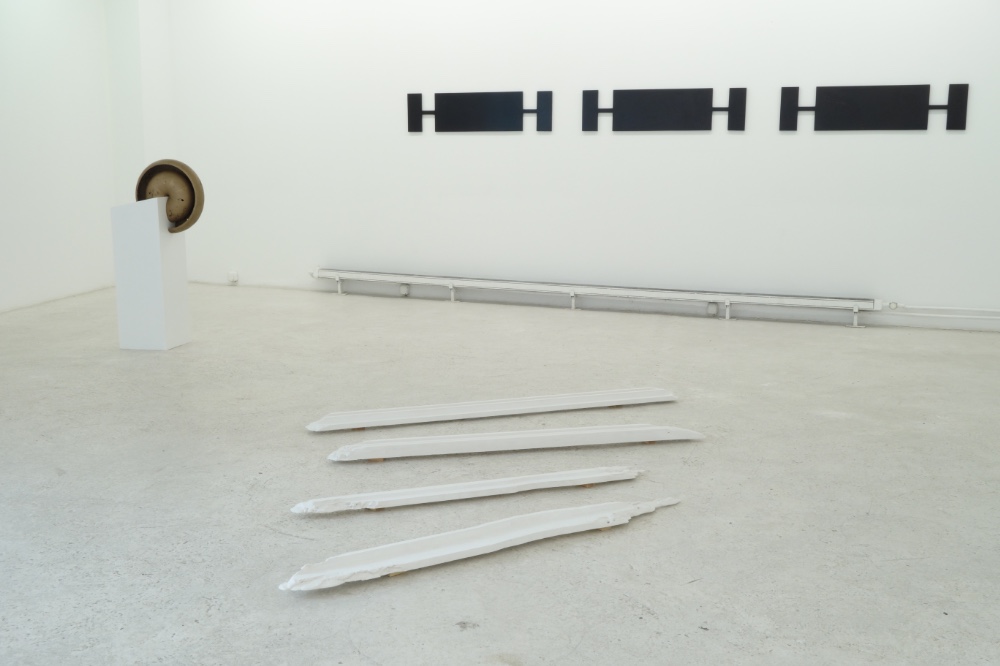 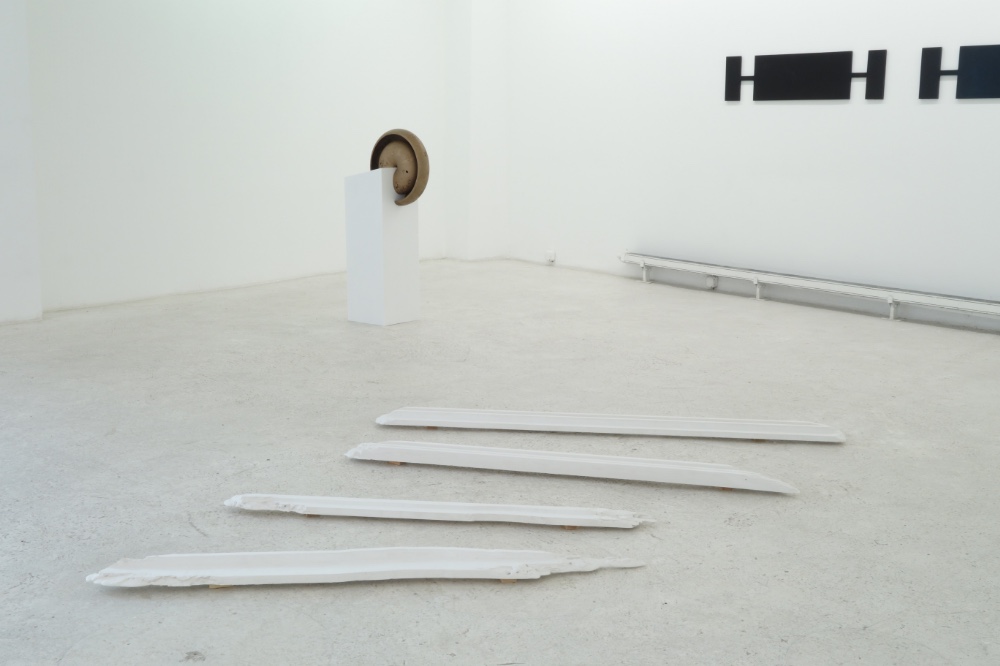 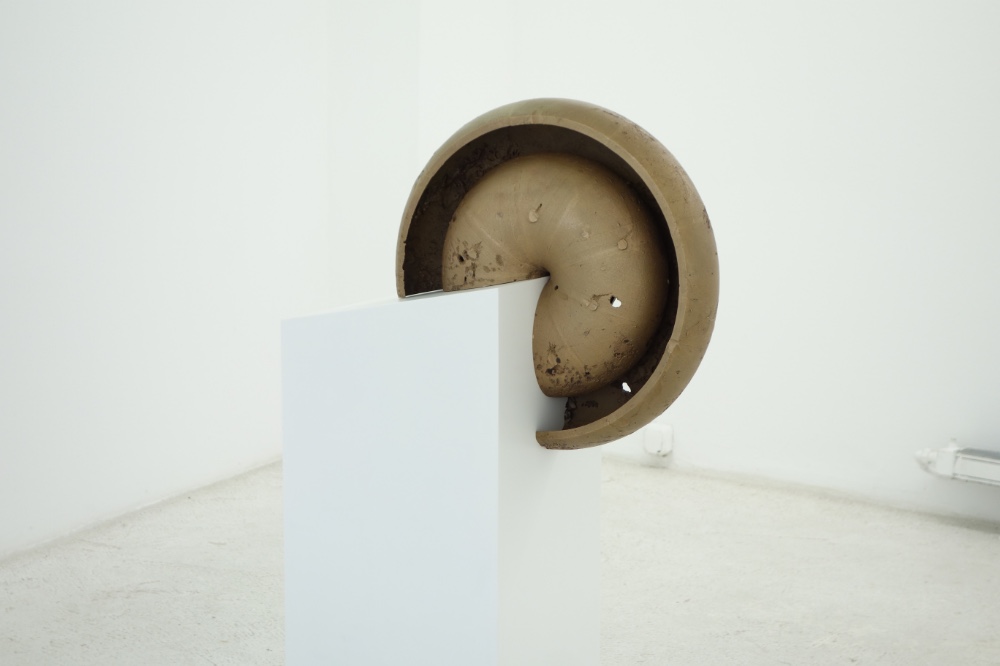 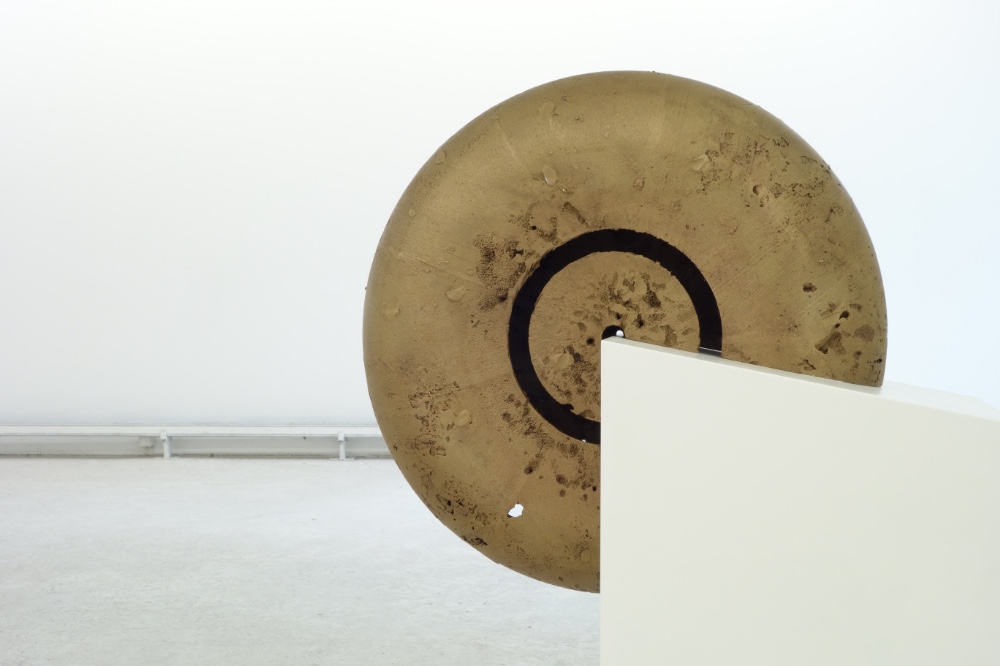 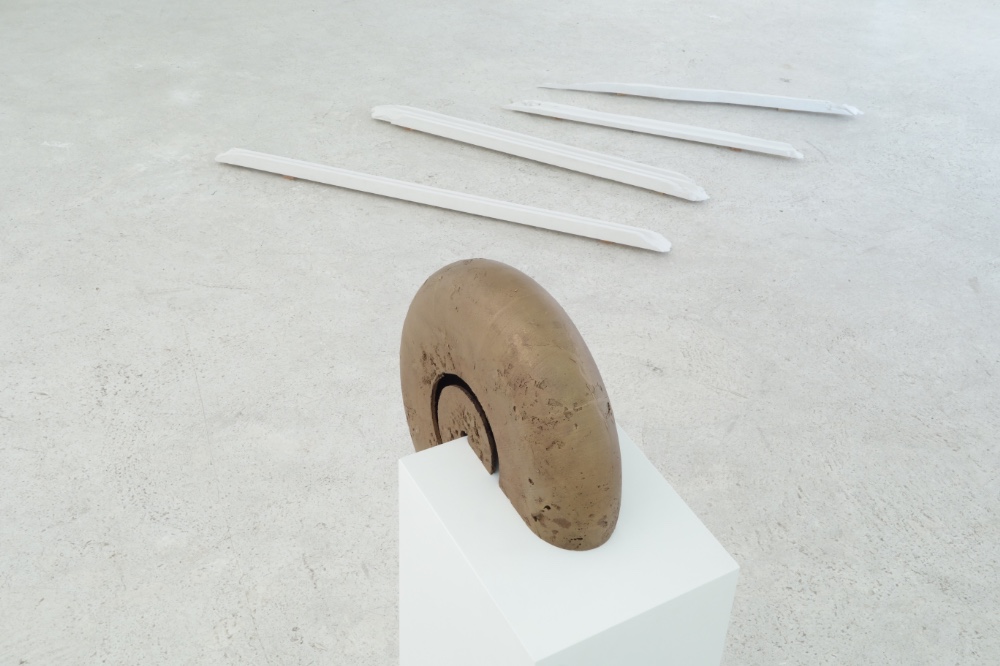 Communication is a completely everyday word, and yet it is also a ruin – a ruin of language. This is because communication already constitutes an estranged instrumental form of coming to a common understanding through language; it is, indeed, altogether compromised. Communication is an exchange in which language has been reduced to dull objectivity – any desire for discussion or aesthetic extras has already been lost. Hannah Regenberg dealt with the emptying out of language in some of her previous two-dimensional works. In this exhibition, her work is exclusively sculptural. In bronze and the fragile materials of wax and plaster of Paris, she brings letters into the third dimension and then modifies them until they are no longer recognizable. An “F” and an “L”, for example, are each drawn out into long pieces of plaster, resembling moulding; a lowercase “a” is captured in the round form of its bronze casting mould. Hannah Regenberg shows the letters as damaged, while at the same time providing them with an air of mystery in their new forms.