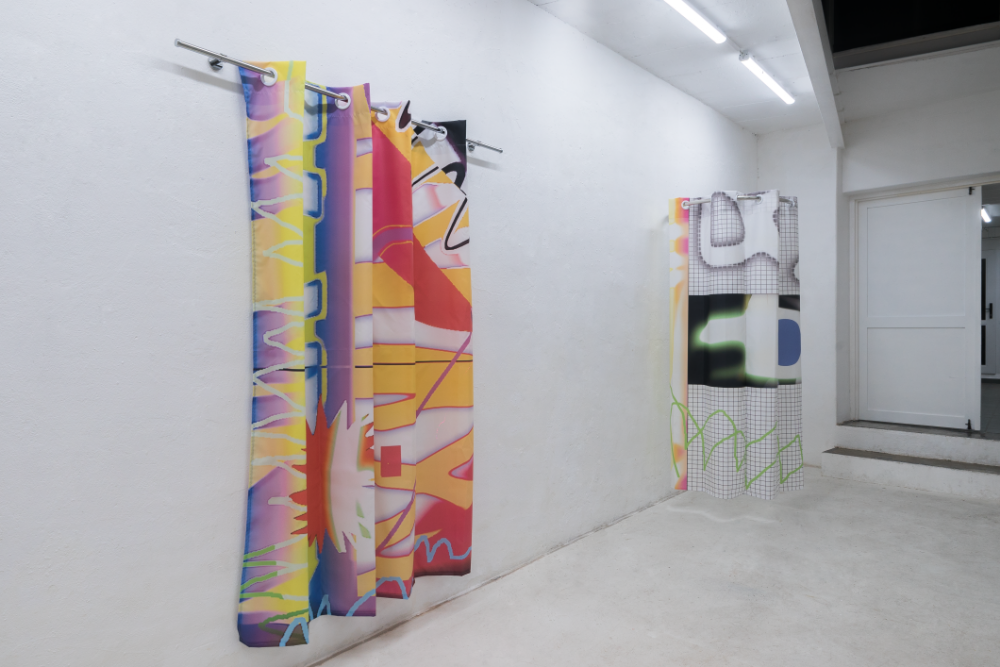 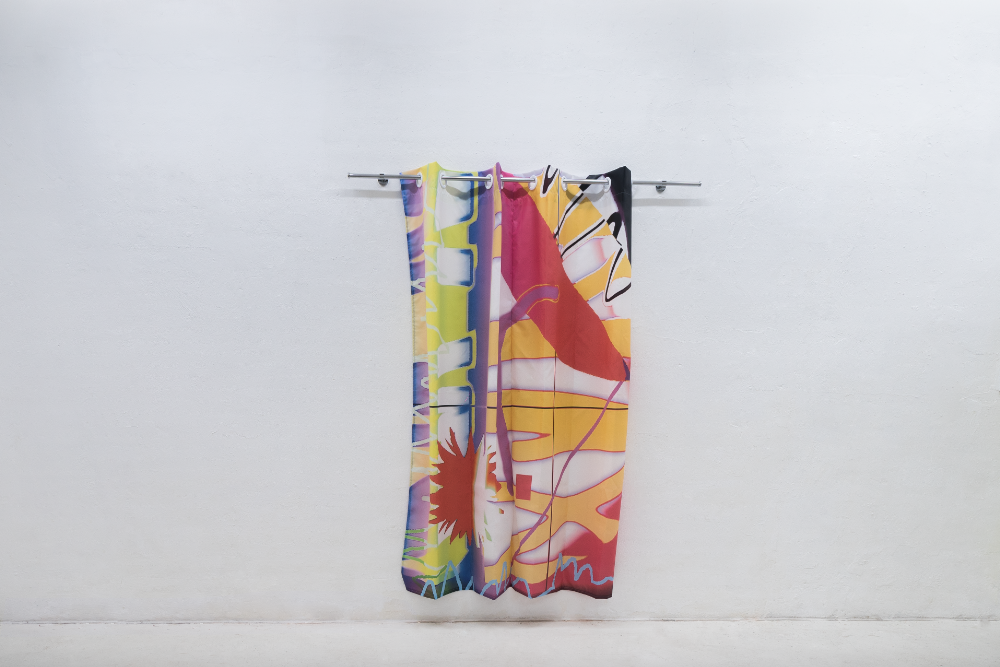 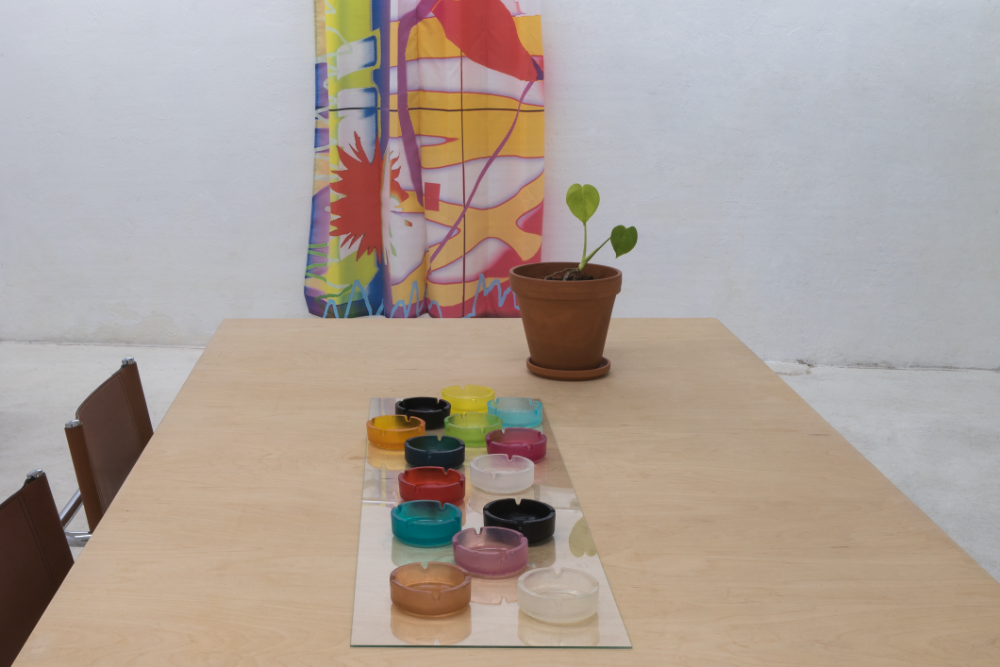 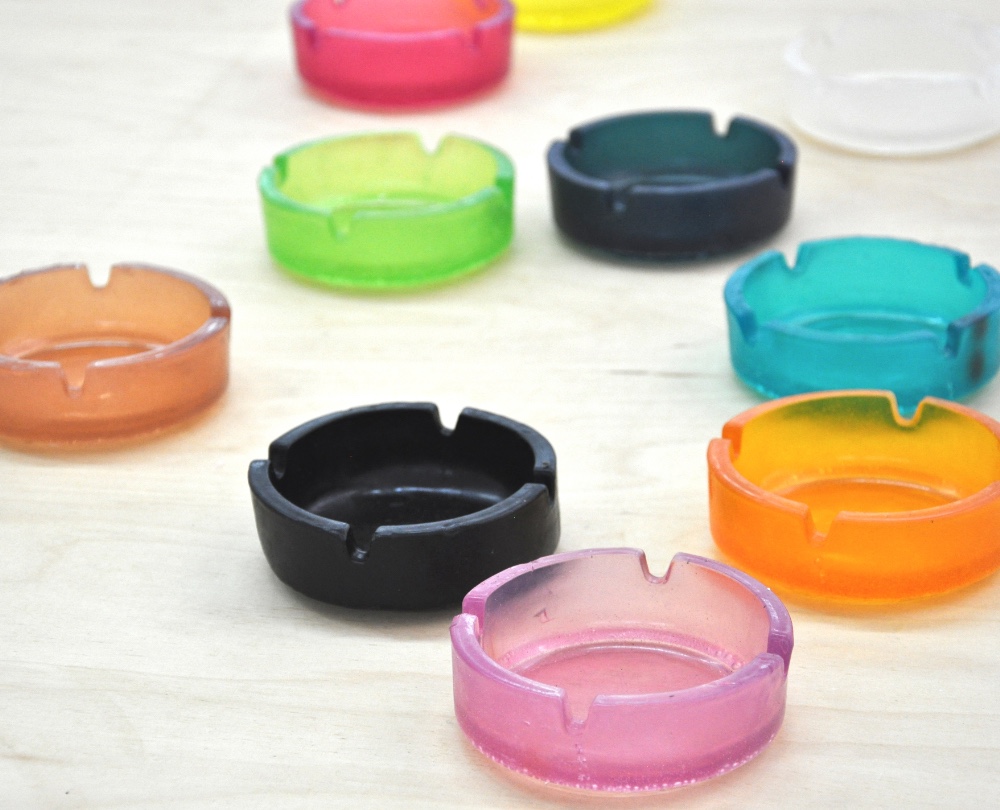 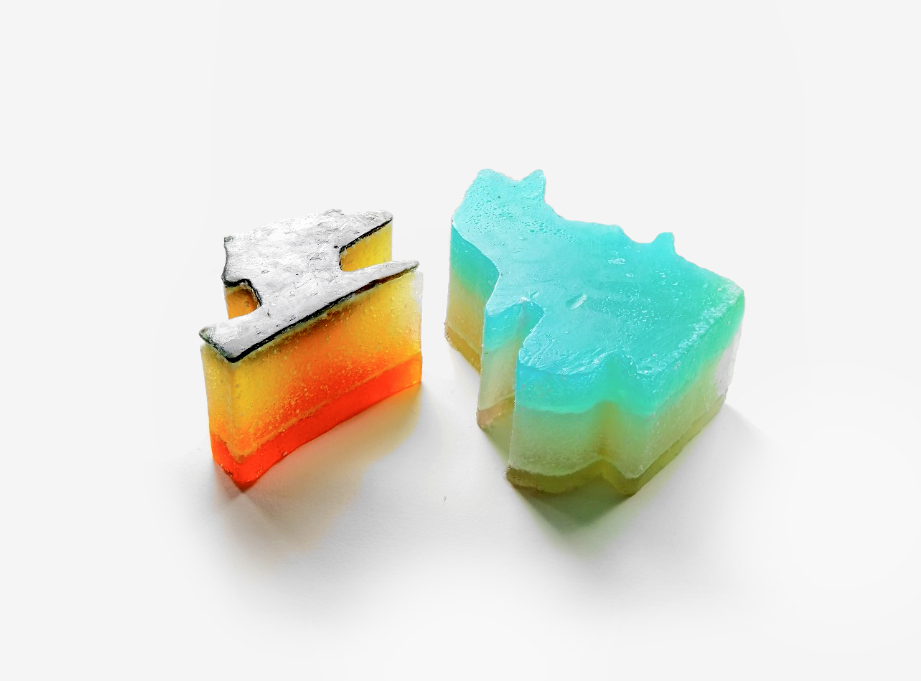 Francisco Valença Vaz (born 1996 in Recife, Brazil) instrumentalizes the means of painting to work toward the medium's downfall. He doesn't organise colours, planes, and lines on canvas – he works in space, with projection, shadow, and light. These spatial images are then translated into small sculptures made of shaped Plexiglas. In his most recent works he uses malleable items found in all bathrooms around the world: towels and shower curtains. These basic universal materials are printed with his graphic compositions. The resulting panels change their appearance depending on how they are hung, folded, or draped. He also used coloured soap base to cast small objects that are ultimately graphic rather than three-dimensional in nature. And he had amorphous shapes laser cut out of see-through Plexiglas, which remind the viewer of clouds, waves, or small ships. Their timid appearance is manifested in a clear material, the outlines of which are obscured by fractured light and shadows.